With over 3,000 residents at our Embrace Living Communities, we witness how residents actively live frequently.

Here are stories of how some residents embrace living. “Moving to Orchard Place of Sarasota (Florida) is the biggest difference in the whole wide world”, Kim exclaims when discussing her prior housing situation. There, she often felt isolated and alone, and the environment was drug infested and crowded with security guards. It wasn’t until she visited her parents in nearby Venice Beach that she found the Orchard Place of Sarasota community and uncovered the peace she was looking for… and deserved.

Now, Kim enjoys creating friendships with her neighbors over game nights and coffee chats in the morning. She takes advantage of the nice outdoor areas around the community, and when she is alone, she spends time with her beloved cat. What a difference…the biggest in the whole wide world. "It's a second home. I was looking for something that would remind me of a certain individual, or a certain place that I called home."

Ken is a sports fanatic. He loves the Chicago Bears, Chicago White Sox, and the Cleveland Cavaliers. Ken isn’t afraid to show his soft spot for Cavaliers all star, Lebron James, either. Most times, he is watching his favorite team play on television, and if there is a rivalry game taking place, it’s safe to say the “smack talk” will begin. Just ask Lisa, the community’s assistant manager that favors a Cavalier’s foe. Together, they’re always campaigning for their team’s victory against the other.

When the game is over, Ken and Lisa become good friends again, but Ken wouldn’t trade their back and forth banter for anything because to him it means he can be himself and people respect his individuality. Not only is his home at Orchard Place of Morgan Park & Beverly, but his family is too. Each Thursday, Friday and Saturday, Linda can be found volunteering at Faith United Methodist Church’ thrift store, God’s Treasure Home, in Hudson, Florida. This experience has given her a community outside of her home at Greencastle of Bayonet Point; and because she is limited financially, she is able to support poor and homeless individuals with her time and compassionate spirit.

At Greencastle of Bayonet Point, Linda gets strength and inspiration from other residents. She compares her home life to the same loving environment found at her church. Residents are always willing to help each other in anyway they can, and there is a “be the best neighbor you can be” attitude. For that, Linda is eternally grateful. 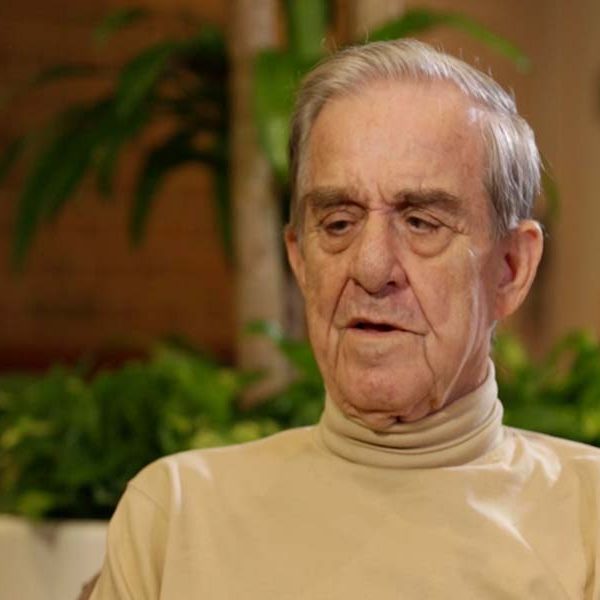 "I've loved talking to people. I love meeting people. I've never met a person in here that I haven't enjoyed talking to."

Walter has lived at Immanuel Residences for almost five years. His move was a significant change in his life because he lived in his old home for almost 20 years. But, Immanuel Residence offered him an opportunity to live closer to friends and in a familiar community. So, the move was welcomed.

Walter is quite the socialite, and he enjoys his daily conversations with community employees and other residents. He loves that everyone in the community makes him feel comfortable and welcome each day – feelings he was missing at his old home for almost two decades. "This is my home and it’s a blessing to be here."

“This is my home and it’s a blessing to be here.” That is what Nelda has said to anyone that asks for over 20 years during her time at Bethel Greencastle South. Being a part of a community is very important to her, and living among others has helped her stay physically and mentally active. She spends a large amount of time in fellowship with other residents during weekly bible studies and daily coffee hour chats. Nelda also finds time to care for and display her pet bird, Mickey.

Nelda plans to live at Bethel Greencastle South for the rest of her life. Her three children praise the life that Embrace Living Communities has been able to provide their mother in her later years, and when they visit, they feel at home as well. "It's a good place, and a very good for elderly people who are able to take care of themselves. Elderly people need a community life.”

Xaun, also known to many as Theresa, is a retired nurse from China. She came to America with her two children in 1990 so they could receive a proper education. She lived with her children for almost five years, and then found an independent home at Peace Memorial Manor. She was attracted to the community because it was close to her children yet had a thriving community of its own. She immediately found peace and comfort in her daily living.

A few years ago, Theresa wrote a book about her life as a Christian in China. She was inspired by other books about communist China she read. Those books discussed the suffering of many people in different ways, but did not address the persecution of Christians, specifically Catholics, in China. She wanted to reveal stories, so people could understand the issues. Her independency and encouragement from other residents in her community enabled her to persevere through the authoring process – a process that was linked to incredibly painful memories.